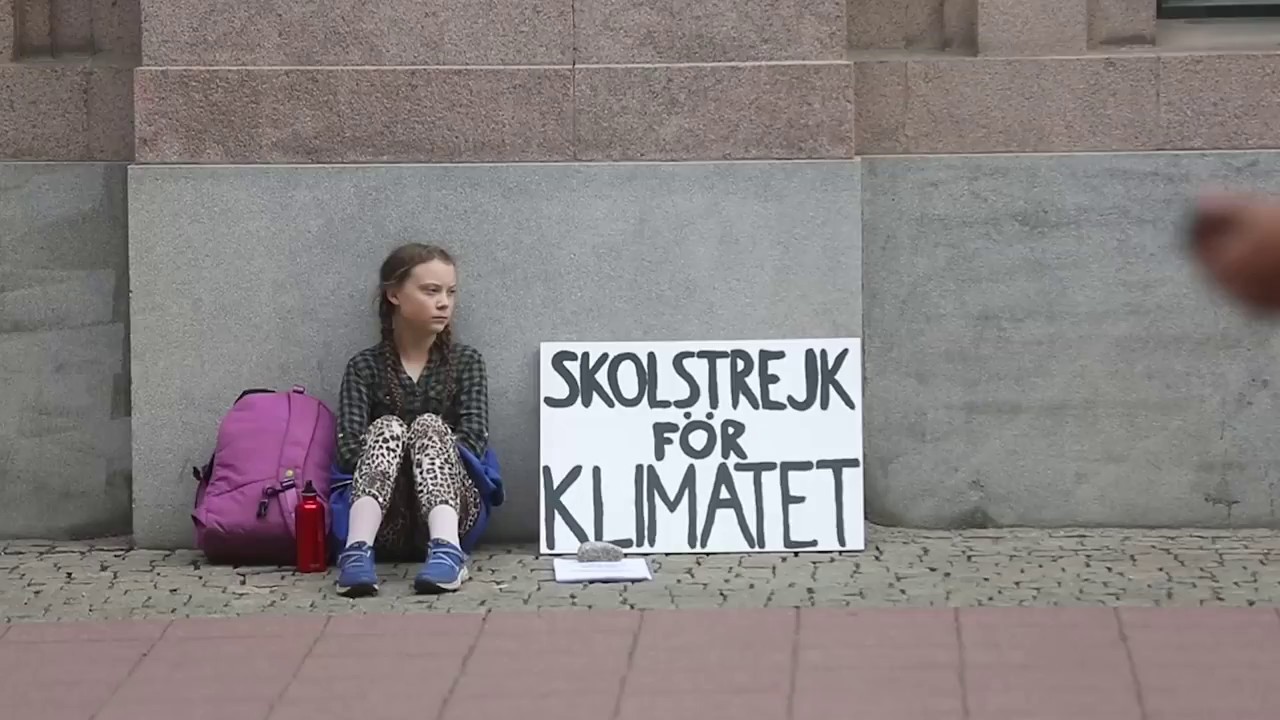 Greta Thunberg, then a 15-year-old Swedish teen, sat alone outside the Parliament on 20th August 2019 demanding urgent climate justice. This was the first school strike that inspired the movement of Fridays for Future. Fridays for future has now become an international movement students and young activists who take time off from class to participate in demonstration to demand action to prevent further global warming and climate change.

From September 20 to 27, 2019, Fridays for Future, the youth climate strike movement and all the international friends and allies, called for Global Climate Strike to demand more aggressive action from their governments and the international community.

Greta on Global Climate Strike in Us, 20th Sep

According to 350.org, there were over 2,500 events scheduled in over 163 countries only on the 20th of September. The 20 September protests were likely the largest climate strikes in world history. Organizers reported that over 4 million people participated in strikes worldwide, including 1.4 million participants in Germany. An estimated 300000 protesters took part in Australian strikes, a further 300000 people joined UK protests and New York protesters numbered roughly 250000. More than 2000 scientists in 40 countries pledged to support the strikes.

In Nepal, we have been trying to follow the same zeal and enthusiasm that Greta laid foundations to. We’ve been protesting with students from different schools and colleges since August 23, 2019. We are independent students group represented as @HarinNepal on Instagram and @Oxygenismybirthright on Facebook and we’ve had 5 successful peaceful demonstrations so far. All of them covered national and international environmental issues that affect climate change and we had our special concern on Nijgadh Forest Issue.


There have been few big and small demonstrations in different cities like Kathmandu, Pokhara, and Butwal. Student groups and organizations such as Harin Nepal, Kathmandu Climate Save, People’s Alliance for Nature Nepal, Kaalo.101, Kor Art Collective, Nepal Youth for Climate Action, Powershift Nepal, Himalayan Climate Initiative, Green Yeti, Sakha Nepal, etc. have all been coordinating these demonstrations in solidarity for the cause in different parts of Nepal.

Nijgadh International Airport Project will have an irreversible effect on the forest and wildlife. 23 mammal species, 10 reptile species, 31 bird species and a total of 333 plant species of which 22 are endangered in the Bara region alone will be directly affected by the destruction of Nijgadh Forest.

On the 27th of September, a demonstration has been called on in front of the UN House of Nepal, Hariharbhawan, Lalitpur. This demonstration organized in collaboration with Harin Nepal, Kathmandu Climate Save, People’s Alliance of Nature Nepal, Kaalo.101 and Kor Art Collective will raise voice for urgent climate action and highlight special concern for the destruction of more than 2.4 million trees in Nijgadh forest. There is an open invitation for any individuals or groups who share the same sentiment towards nature, environment, and future to come stand together in solidarity for the cause.

Nijgadh International Airport Project will have an irreversible effect on the forest and wildlife. 23 mammal species, 10 reptile species, 31 bird species and a total of 333 plant species of which 22 are endangered in the Bara region alone will be directly affected by the destruction of Nijgadh Forest. Our future can definitely not afford this amount of loss in biodiversity, carbon sequestration, oxygen release, naturally occurring forest nutrients and loss of non-timber forest products. To proceed with this project hints for some very sketchy hidden motives as 7 more alternatives have been listed by the government from the study do done since 1990.

As a concerned student and youth, we are all raising our voices in unison to fight against such a ruthless crime against nature and our future. The demonstration will take place from 2 pm to 4 pm on Friday, 27th September.

We hope you will join us at the demonstration and help the voices of students and youth towards the cause be heard all over Nepal.

Speak Up: Voice of Students

My Story: Misuse of power by an officer from Nepal Police