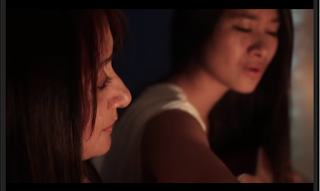 About Nepal Sambat in brief

Historically native to the Indian states of Bihar, eastern Uttar Pradesh and Jharkhand and the southern part of Nepal, Chhath is one of those festivals that transcends the caste system that exists in the society. According to the Hindu calendar, it is celebrated on the sixth day of the lunar month of Kartik. The Chhath Puja is a 4-day long ritual specially offered to the solar deity, Surya, to show thankfulness for good health, good life and to request the granting of some certain wishes.

Day 1: On the first day, the devotees after bathing clean their house and eat the food that is offered to the god to protect the mind from the vengeful tendency.

Day 2: On the second day, the devotees are not allowed to drink even a single drop of water but, in the evening, they eat kheer made up of jaggery, fruits.

Day 3: The evening of the third day which is also known as sandhya ‘arghya’ day where a bamboo basket is decorated with various puja materials, fruits, thekuwa, and laddus which are offered as an ‘argya’ to the Sun. Also, the Chhathi Maiya is worshipped.

Day 4: On the last day of Chhath puja again an arghya is offered to the Sun God but this time in the morning. The devotees go to the riverbank to offer arghya to the rising sun and break their fast and conclude their four-day long worship.

Happy Chhath to everyone! Don’t forget to enjoy some thekuwas!!

Every year on November 10, World Keratoconus Day is celebrated to focus global attention on keratoconus and ectatic corneal disorders. The day was first celebrated by National Keratoconus Foundation.

Keratoconus is a disease that causes the cornea to become weak, leading to the thinning and stretching of the cornea, which may result in the loss of vision. Keratoconus is degeneration of the structure of the cornea. The shape of the cornea slowly changes from the normal round shape to a cone shape which affects the vision. The keratoconus mainly develops in teenagers and young adults and the disease keeps on growing, if not diagnosed in time.

The disease has no prevention and no treatment. With early diagnosis, the disease can be managed and further damage can be protected. In Nepal, the prevalence of Keratoconus is 1 in 2000 according to the recent journal. So, this world keratoconus day, make a commitment to visit an eye doctor once a year for the early diagnosis of keratoconus as well as other eye diseases.

Also, check out: How miscommunication happens (and how to avoid it)

Covers content management system/WordPress, and how to introduce yourself. Please check the following articles.

Covers the basics of expository writing and CV writing.

Figure of speech and rhetoric.

How to frame questions.

Types of Figure of Speech with examples (Part 1)

Accumulation is a figure of speech, in which the points made previously are presented again in a compact, forceful manner. It often employs the use of climax in the summation of a speech.

A figure of speech that refers to the repetition of words with the same root word.

A literary stylistic device, where a series of words in a row have the same first consonant sound.

A figure of speech in the form of hyperbole taken to such extreme lengths as to insinuate a complete impossibility.

Derives from the Greek word anakolouthon, literally means “lacking sequence”, is a figure of speech which consists in the abrupt disruption in syntax. Opens in new window resulting from two non-parallel grammatical constructions.

The repetition of the last word of a preceding clause. The word is used at the end of a sentence and then used again at the beginning of the next sentence..

A rhetorical device that consists of repeating a sequence of words at the beginnings of neighboring clauses, thereby lending them emphasis.

A figure of speech in which the normal word order of the subject, the verb, and the object is changed.

It is when a specific point, expectations are raised, everything is built-up and then suddenly something boring or disappointing happens.

the repetition of words in successive clauses, but in transposed order.

The repetition of the same word or words at the end of successive phrases, clauses or sentences.

is used in writing or speech either as a proposition that contrasts with or reverses some previously mentioned proposition, or when two opposites are introduced together for contrasting effect.

It often appears in the form of a rhetorical question which is meant to imply a difference between the present thing being discussed and the general notion of the subject. Statement that calls into question the definition of a word.

A figure of speech wherein a sentence is deliberately broken off and left unfinished, the ending to be supplied by the imagination, giving an impression of unwillingness or inability to continue.

Apposition is a grammatical construction in which two elements, normally noun phrases, are placed side by side and so one element identifies the other in a different way.

ASTEISMUS (not needed but know it anyway)

he rhetorical term for achieving polite or soft mockery whereby the replier catches a sensitive word and redirects it back to the interlocutor with an unexpected twist. Example:

A literary scheme in which one or several conjunctions are deliberately omitted from a series of related clauses.

Co-reference of one expression with another expression which follows it, in which the latter defines the first.

KMAG App: What it is and who it is for