“Hong Kong will now be treated the same as mainland China,” Mr Trump

Know how much it costs to travel through the public vehicle

Ticket fares to travel in Nepal through public vehicle. 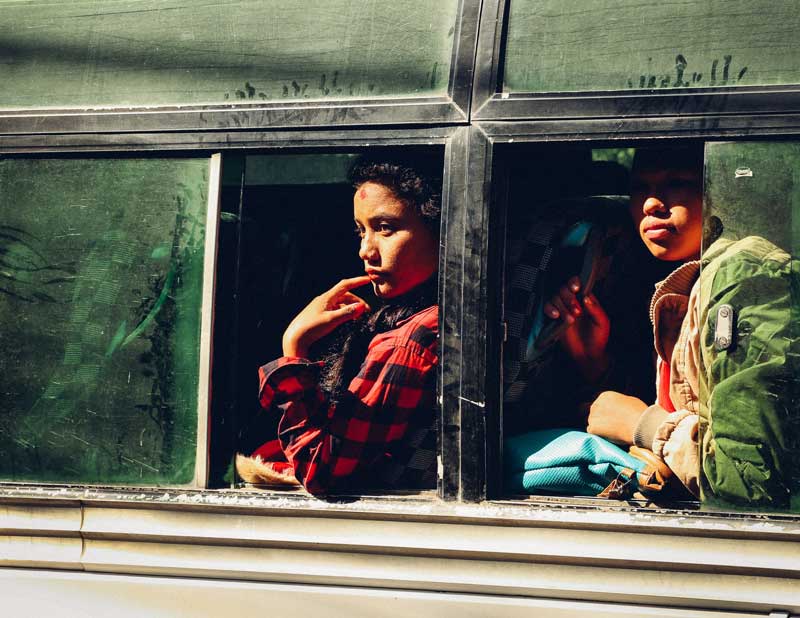 Dashain is the vacation time when many Nepalese set out for travel, either to hometown or different places for tourism purposes, but many are not aware of the existing public vehicle fares. Here is the list to tell you how much it may cost you on ticket.

As per the fare set by the Department of Transport Management in July (Ashar 3, 2078), the following will be the base fare for anyone traveling through the public vehicle. Please note that the fare is adjusted after 20-30% hike on earlier ticket price adjust with inflation and fuel cost.

Since many of you must be planning to travel for Dashain Vacation, you may want to give a look and plan your budget.

Happy traveling. Try not to pay more than the set fare by the government.

To all you out there who wish to write their thoughts and ideas, stories and beliefs but don’t know how to do that; wonder how to pen down what’s in their minds through written words for the world to read; or struggle to write proposal or letter, KMAG is making your wish come true by conducting a writing workshop for people like you that anyone can attend from anywhere as it is online workshop.

Writing indeed is an important skill in modern days. Everything starts from writing, a business plan, music, a letter to an employer or college, a proposal to a client, an email to a customer, the first move to a stranger. You name it, and it all starts from writing before you get to meet anyone in person. Poor writing equals a terrible first impression that may never give you a second chance.

Despite writing being such an important skill, many lack the skill ending up losing many opportunities. And there are people who wish to share their stories, knowledge and understanding to the world and they too are missing the chance because they don’t know how to write.

The thing about writing is, it cannot be learned through theories. It comes from practice. The more you practice, the more you get better, but then for continuous practice, there needs to be certain guidance, lots of tasks to keep engaged, and above all motivation to practice.

Keeping all that in mind, KMAG has initiated an online writing workshop.

How the workshop will be

Throughout the training, you will be guided through lots of tasks and writing-based activities, as the theme of the workshop itself is “learn by doing,” under the direct supervision and guidance of KMAG Founder/Admin and other guest writers.

You are expected to give 2 hours a day at least for the training; however, you can choose your own timing that suits you.

Basically for certain hours in a day, you will be with KMAG over Zoom, attending the workshop. This way, it will go for the next 100 days.

After the completion of the workshop, participants will be provided certificates and to some of the best participants, we also plan to hire as our writer. During the workshop, we may as well make a short trip to local areas to learn reporting and story writing.

What can you expect to learn

To make the workshop more interesting and exciting, your writings and activities will be shared through KMAG.

How much is the fee

When will it be started

By Filling up the form below. Or you can CLICK HERE. 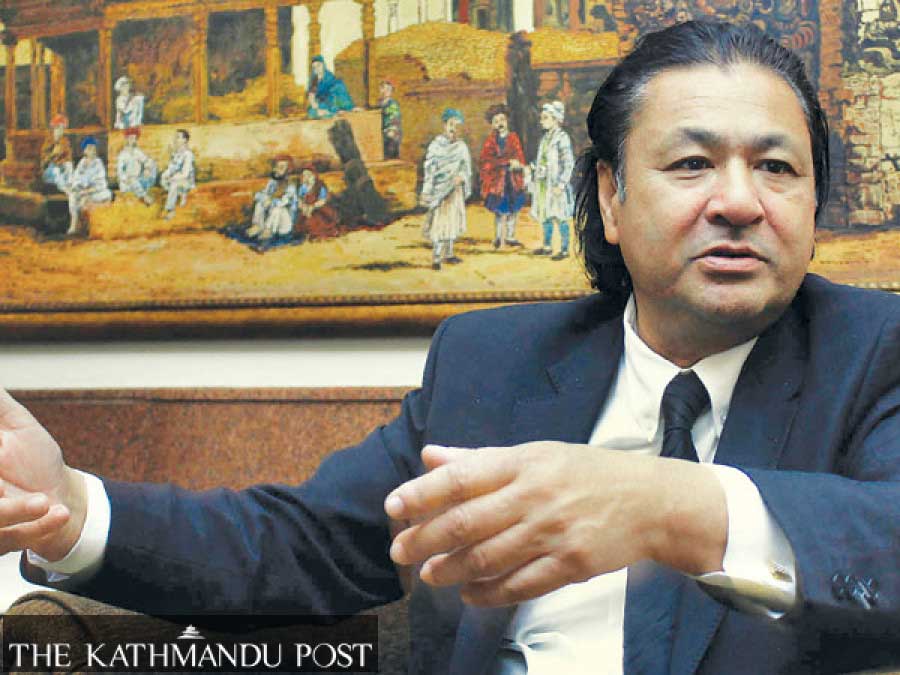 Shyam Sundar Lal Kakshapati, the architect of famed Nanglo Restaurants and one of the pioneers of cafe culture in Nepal, has died. He was 70.

According to family sources, Shyam died in Bangkok on Monday while undergoing treatment. “He had been suffering from cancer for the last four years,” Gopal Sundar, Shyam’s younger brother, told the Post. Shyam was admitted to a hospital in Bangkok, Thailand four months ago.

Shyam was a successful business leader. He started Sam’s Grocery Shop at Ratna Park at the age of 19 after his father’s death. The shop was popular among all groups, particularly young men and women of Kathmandu as it was the best candy shop in the Kathmandu Valley then. His business was flourishing. But he wanted to scale up. So he decided to run Café de Park in the Ratna Park area.

Shyam, who hails from the Palpa district of western Nepal, opened Café de Park in 1973 to cater to foreign tourists as their footfalls were growing gradually in Jhochen, the area popularly known as Freak Street at that time.

“He was the man who introduced burgers and hamburgers in Nepal,” said hotelier Yogendra Sakya. “Shyam really modernized the food habit culture in Kathmandu. From dal, bhat and tarkari, a staple food in our culture, he introduced fast food. We all remember his first burger at ‘Cafe de Park’ next to Rani Pokhari in the early 70s followed by the Nanglo Chinese at Durbar Marg. Rest is history.”

It did not take long for Café de Park to draw people’s attention. Footfalls increased. As a result, Nanglo was born with the joint effort of the Kakshapati brothers [Shyam and Gopal] in Durbar Marg in 1976. This restaurant too became a famous rendezvous, initially for young people, and gradually for people of all ages. Nanglo is considered to be a trendsetter in restaurant culture in Nepal and a household name for restaurant-goers in Kathmandu.

In 2014, Nanglo closed down its flagship restaurant of Durbar Marg, saying its lease had expired. After the closure, Shyam opened Sam’s One Tree Café at the same place. At present, there are over a dozen restaurants under Nanglo across the country. “Whenever we visited a minister or a government official with an issue, Shyam used to let everyone do the talking and would calmly listen to the reply. If the assurance was not satisfactory, with a very stern look and voice, he would get up from his back seat, swinging his finger and head straight towards the minister letting him know that he is not happy with the answer,” said Sakya.

“I used to call him The Rambo of the Hotel Association of Nepal.”

Shakya describes Shyam as a true entrepreneur, who was never afraid of taking calculated risks and exploring new avenues.

Shyam’s expansion drive continued with another venture—River Side Spring Resort which he developed in 1996 at Kurintar by the side of the Kathmandu-Pokhara Highway.

Another is the story about Nanglo Bazaar.

It was in the late 1980s that he did an experiment by setting up Nanglo Bazaar at Putali Sadak as one of the first supermarkets in Nepal.

The business did not last long, though.

Shyam is also known for trying a taxi service in Kathmandu. In 1994, he and his partners launched the service called Kathmandu Yellow Cab. Kathmandu, which was used to seeing old Japanese cars as taxis, for the first time saw sleek Hyundai cars, all painted yellow, as “cabs”. But this venture of his too did not succeed.

As if he had the Midas touch when it came to restaurants, his yet another success story came in 1997 in the form of the Bakery Cafe in New Baneshwor. This cafe also earned fame for being the first in the country to employ the hearing-impaired as its staff.

Shyam was elected the president of the Hotel Association of Nepal in 2012. He was also the chairman of Shuvatara School in Lamatar, Lalitpur which shut down this May due to the financial crisis triggered by the Covid-19 pandemic.

Condolence messages began pouring in immediately after the news of his demise.

His sudden demise is a great loss to Nepal’s tourism fraternity. A thought of comfort and condolences to the grieving family

Durga P Bhattarai, former Nepali foreign secretary wrote on Twitter: “Sad. His was an experiment, risky investment and innovation–all in one at the time, and inspired a new food habit in the country. Tributes to Shyam dai. Eager to read about his own experiences and evaluation in retrospect if available.”

“Shyam Kakshapti’s Nanglo dominated the Durbar Marg scene for much of the 80s and 90s. Nanglo was also one of the strongest brands ever created by a Nepali entrepreneur. He followed through with a highly successful restaurant chain The Bakery Cafe long before anybody else,” Suman Joshi, a former banker, tweeted.

“Grew up visiting Nanglo and Nanglo Chinese Room. Meeting friends in Nanglo was the coolest thing to do! Shyam Kachchapati was the trailblazer in many ways!! Perhaps his most worth emulating idea was employing differently-abled people in Bakery Cafe,” Binita Shah, senior external relations officer at the Asian Development Bank wrote on her Twitter.

Shyam is survived by his wife, a son and a daughter.