We often think “once everything becomes alright, all the bad things and relationships will be fixed as well.” Some of us have a habit of not picking up calls when in middle of something even if is being called many times thinking “will call later and make things alright” or “anyway am meeting the caller in the evening, I will talk then.”

Later, we often manage to pay or deliver or meet them, but things don’t remain same from there onward. We turn out to be a bad person though deep inside we are a good soul. Here, though it took time, but we didn’t cheat or betray.  Still people ignore us, friends and relatives set a distance from us; they don’t trust us and we wonder “what did I do?”

Same goes in romantic relationship. That’s how once-a-great relationship dies off without a clue. Deep inside, it’s because of the same reason stated above.

Many good people by heart have messed up in interpersonal relationship (ghar-samaj bevahar) simply because of this one little thing that they could not consider and understand.

Be Yourself: What does it mean

Culture of Gratitude and appreciation

What is Gratitude and why it’s important for every individual and how it helps in creating a healthy and happy society?

The importance of gratitude culture is, it motivates and encourages the giving end and cultivates humility and humbleness in receiving end. When you say “thank you,” to a shopkeeper for selling you a bag of rice, he feels appreciated, motivated and encouraged and same time, you cultivate a culture within you to value everyone because of who you are able to get the thing, be it free or paid.

Gratitude works as a key to joy for both sides. Humans have been practicing gratitude since the beginning of humanity. That’s where all the thankfulness act and ritual to God came in to practice. Humans expressed their gratitude to God for the foods on table, for having the children, for having the fortune. Even many modern research and study has suggested that people who are more grateful have higher levels of subjective well-being. Grateful people are happier, less depressed, less stressed, and more satisfied with their lives and social relationships. That’s because people who express gratefulness to others for whatever they got or they have become have higher level of empathy and humility, which makes them less arrogant and obnoxious.

In a society where gratitude is not a collective value, where there is no culture of appreciation, such society tends to be more arrogant, disconnected from each others, and less happy, as people from the receiving end lack humility and the giving end lack motivation. Think of a society as a family, where every one hesitates to appreciate each others work or effort; acts cold and numb versus a family where they express their gratitude actively, appreciate every work and effort and take a moment to thank and value each member for whatever they bring to the table. Which family do you want to belong to?

Gratitude also works as a positive reinforcement motivating to keep doing and get better with what they have been doing and been appreciated for. Put yourself in the shoes of writer or singer or teacher or social activist or even a shopkeeper and think how you will feel when someone says something like “thank you so much for doing it, because of which I am able to …..” Your self esteem will definitely boost and be more determined to get much better.

A society without the culture of appreciation and gratitude will only be hanging in lack of humility and motivation and driven only by self-centric attitude with zero regard and appreciation to others. There will be lack of acknowledgement of anyone’s importance and essence; no culture of valuing any effort and attempt by others and everyone judging everyone through shallow and narrow point of view, making it all about trading.

It does not take anything to express thank you or acknowledge gratefulness or drop a word of appreciation. Try it! 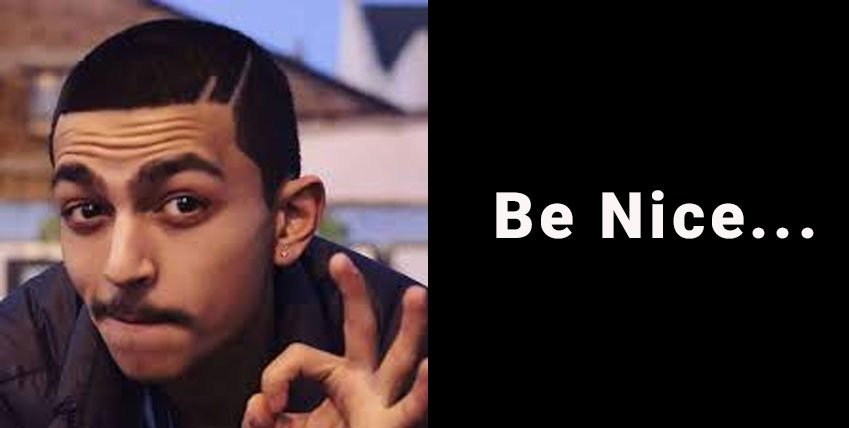 World is weird with so many shades of grey and somewhere in the shades, there lies weirdos, too hard to fix. Call them crazy, call them psycho, call them drama queen or call them bitch, but they are what they are. Wish they could fix them, but they know they can’t.

Maybe, they too wish to be “normal” like everybody else, who can control their thoughts and actions, can calculate and pretend, but no. If they could, they would not be weird in first place, would not get into trouble, get into controversy. Maybe they scream in their lonesome “why am I born like this?” but even that feeling does not last long as mood swings from one pole to another.

Some of the kind happen to be famous or popular for their talents or sheer luck, but then they are what they are.

“Oh! the poor soul, there goes again …pissing off fans and crowds” Managers get tired, family gets embarrassed, turning off admirers and the “normal people”

Jim Morrison from the movie “The Doors” can be a perfect example. If you have not watched the movie, highly recommended.

It’s very hard for others to understand them except their loved ones or near ones. And to add ghee in the fire, there comes drugs, boozes, cigs and cannabis, messing up the already messed up head.

What others see is an arrogant, uncultured wild beast and bitch. Deep inside, however, they are burning with erratic moods every now and then, racing thoughts and clouded head. They hating themselves to live like an unpredictable clown; tried therapy, tried pills, but nothing seems working except for few days.

God knows, how many times they have cried out loud “How long to live like this??” inside an asylum that no body was told.

When you find one, be nice to them.

We are poor because we hate money

During my recent Bangalore visit, I got to meet some start-up founders.  One of them was a lady probably in her mid-20s. Her company is into digital marketing. They call themselves “branding experts” and they claim themselves to be “quite creative.” I went through couple of videos made by them and also couple of their works. They also do social media marketing. I asked, “how much do you guys charge for handling a page?” She said “depends…starts from 2 lakhs.” She employees 15+ people in her start-up.

Met another team who runs a research company. They charge anywhere between 5-25 lakhs for conducting a market research.  Likewise, had also met entrepreneurs, business enthusiasts, freelancers. They all have similar stories, similar spirits and passion and they all are hungry for money, bold enough for money.

By meeting them and listening and checking out their works, I didn’t find myself small or inferior, nor I find people from my hometown less creative or less talented, but I noticed there is something in them that we don’t have. That is, guts to throw numbers, guts to dream big numbers, guts to chase numbers. Personally, my heart would tremble to ask 6-digit fee for a consultancy or a month-long research and there they are, asking the number just for a social media handling.

By the time, they start their business, they are in few crore valuation. In a year or two, 10 cr company. In 5 years, 100 cr company. That’s the trend and target, they all are up to. On the way back home, I was thinking, why do we fear so much to dream big numbers? why do we tremble? why are we so cheap? why do we settle with peanuts? and many similar questions.  Maybe because we grew up thinking as if it’s insane to think big numbers, chase big numbers.  We label it with madness, greed, and what not all. Maybe in all these, I am somehow psychologically and culturally programmed to think big, dream big, ask big. In this mindblock and hesitation, I die.

How is “reading culture” in Nepal?

Everyone can write and everyone must

LANY – If this is the last time