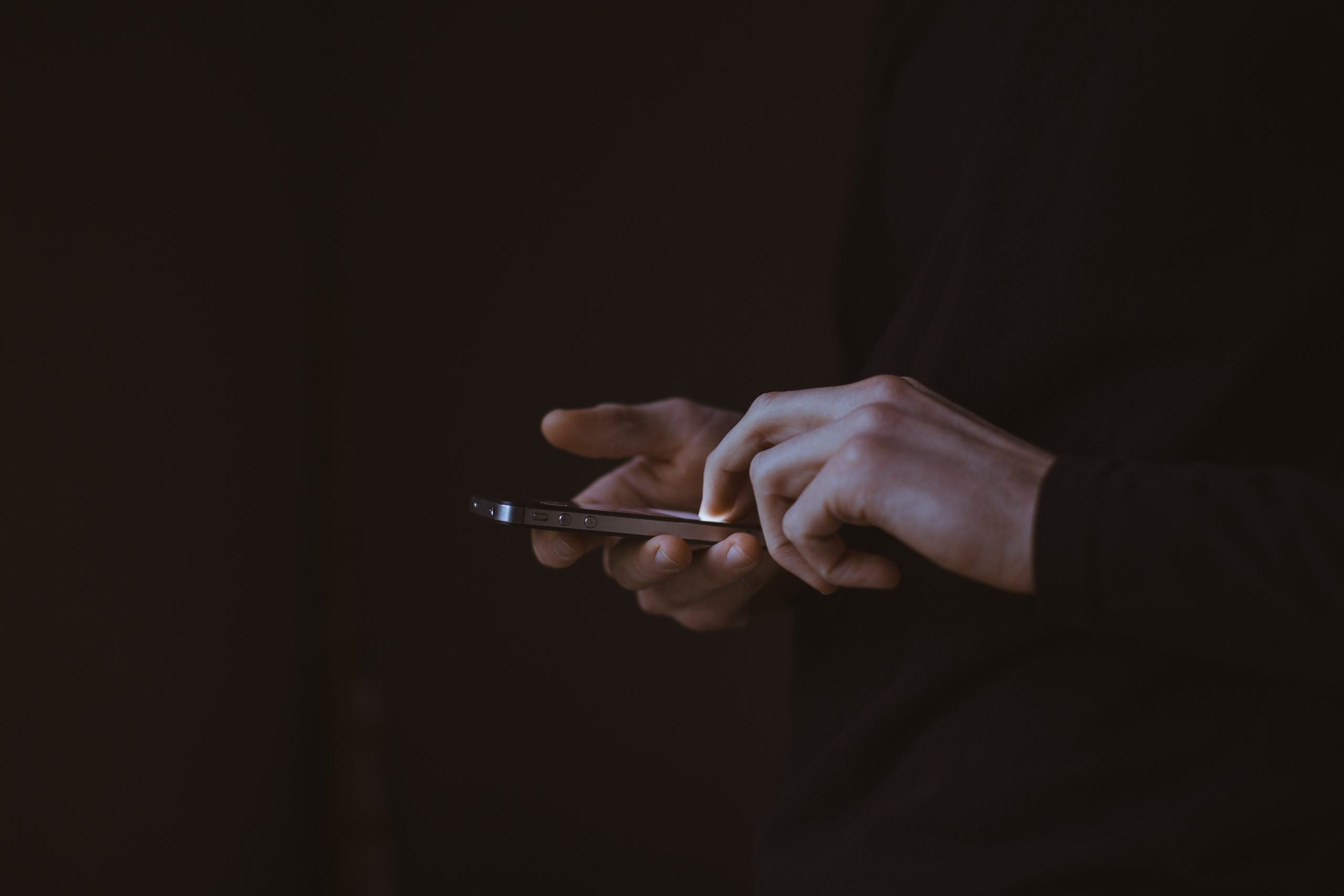 We know, equal participation of women in public discourse is very important to develop equality and strengthen democracy. With the advent of Internet, social media has proved to be an amazing platform to increase awareness and bridge gender disparity in present day. However, despite of equal opportunity, we get to see women’s involvement in public discourse on social media forums and platforms is still quite low. So we asked what could be the reason behind it and if they have you experienced any bad incident as such that discouraged them to speak up publicly?

Below are the few responses from our female audiences.

“Personally, I don’t think such is the case. I think you’re looking at the wrong places for such debate evidences. I have seen many articulate and thoughtful ladies in these platforms. Let’s talk about just Instagram for example for now. There are hundreds of pages that talk of equality, Brown girl problems, anti- casteism, aboriginal and immigrant problems and so on which are run by women. The admin and the followers actively debate and spread awareness based on these causes and consequences steadily. I know many of my friends themselves actively participate in posting and debating on issues including my mom on their own platforms.

I think the issue here is, you’re looking at the wrong places. There are many kinds of people with varying interests regardless of their sexual orientation but in every case, I think there are people of progressive mentality who actively engage in debates.
As for me, I find it useless most times to debate in social medias but I swallow my indifference and proceed to comment here when I deem it important.”

“Culturally we are taught to speak in manner thoughtfully with respect thinking about their family, society, and community from childhood so the base is already created for the women out there, speaking in public is also a matter of self confidence as well.”

“To be really honest, most of the women of upcoming generation or lets say the generation as a whole regardless of the gender do not care about such topics. And half of those who care are already into the works which is why we see so many changes in the city (just) and the other half are not having a proper platform to speak up or maybe communicate ideas. For example being hushed at home for keeping opinions on such topic because women need not show interest in politics and equality is what taught to every daughters at home so growing up their mentality becomes as if it’s a man’s conversation or man’s job. Some are way too scared to post their opinions on a given subject on the internet because lets face it we don’t have shortage of bullies online.
Men however, can be seen always and I repeat always having a conversation about business, work or the country’s political situation. The more you communicate your opinions the more ideas you generate on the given topic. Hence, men tend to have more voice than women in Nepalese society about equality, politics, democracy and rights.”

“We live in a place where if one chooses to speak less then their presence is not entertained. We tend to speak more than we listen. In the process of learning, listening is more important. Also, speaking unwanted serves no good. So personally I prefer listening more than speaking. Also, if you speak make sure you say something worth hearing.”

“When you take current statistics, there is vast difference in the chart between genders. It is quite obvious coz most of the today’s social personalities or media person had long history, run through male dominant period. But currently young ladies outnumber the case, be it debate, public speeches or any public event,including women centered pageant shows. There are numbers platforms which encourages the voices to come forward. Thus we can clearly expect quite a change in future.
This, is prediction.
Now, let’s come to present. When I see young girls so empowered, I realize how vocal ladies are. We see, generally in our daily life women rarely feel reluctant to speak up her opinion and discomfort, despite of many refrains. They are appreciated less though that cause them lower their voice so many later turn silent. And for the ladies public speakers who are fierce and bold, they face reality check , they belong to such society where women make most compromises in name of family including her career. So what seen today fades tomorrow. Lets hope such context change.
And so I disagree, that its insecurities or fear that has made the difference, for its not gender based but mutual. We have plenty of platforms now, parents are so aware to empower their children (I won’t say only daughters), world is turning competitive, and ladies are turning fierce, so we can hope for equal part of make and females in coming days.”

“Oh many times, that actually starts from your home basically when man are raised like they are the control freak and woman have to be the submissive!! Changing the stereotypes is hard when whole mindset is polluted!!”

“If a woman express her views, people doubt if that is her own opinion. I guess, relatives asking too much questions might be the reason.”

“Well for me, I have always been vocal on matters which I think are important. But having said so, I have been replied back by some “Man” who think (to quote) I am just a girl who should keep my opinions to myself and go shopping!!” That was funny to me. And so I neglected. But in some cases, commenting or posting something somewhere results in unwanted messages and friend requests. Which might not be a big deal. But as a girl/woman, my/our profile being visited by unknown men is sometimes uncomfortable, (also dangerous sometimes). There are other reasons like “Arule k sochha” wala attitude because of the society standards( wen it comes to sensitive topics) and also the fact that in discussions on some topics, guys tend to swear rather very soon using disgusting languages which ultimately leads to deleting one’s comment.”

“Few topics can be uncomfortable to comment on… If we do then someone (family, relatives) will screenshot it and later show it-” did u comment this or that… you are like open book blah blah…. so I type the comment, read it and erase it.”

“Reason is people dislike strong minded women.. Its the society where no matter what women are taught to be subtle and polite.men on the other hand are given free pass for everything.woman are judged by fellow women and men, so when u r being judged for everything it’s natural to step back though u have a better perspective and solution.”

The above answers on the question were collected from our Facebook page, Kaagmandu Magazine. For more answers you can visit the post HERE.  Also, you can add your comments there.  Best comments get published here.

Empty Marriages: What’s your side of story?

What did I learn from previous relationships? 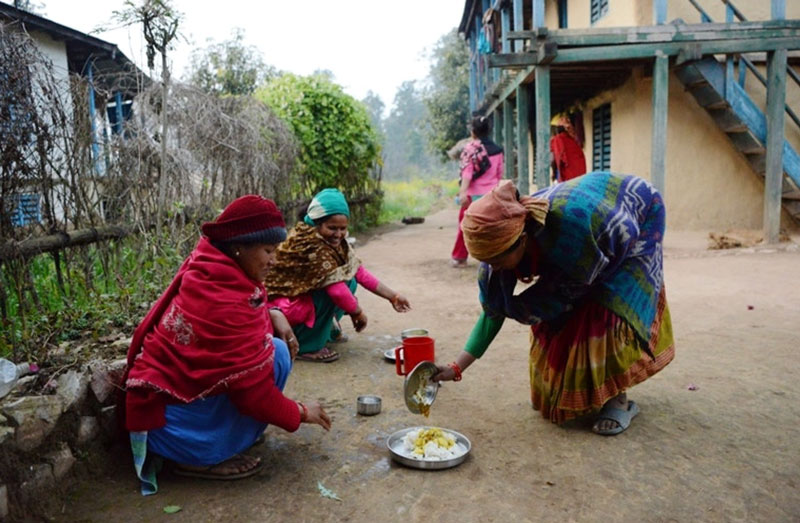 This survey is to be participated only by girls. If you are a male, and landed up here for whatsoever reason, you can play a part by distributing this survey form to your female friends.

Mensuration taboo has still been widely practiced in Nepali society, despite the rise in literacy and progressivism and rigorous attempt from all sides to normalize it. Those who keep the taboo alive have their own reasons and those who are fighting against it are still trying to understand why, especially educated groups, still follow the tradition despite knowing there is no neither science nor a rationality behind it.

This survey is conducted to understand the matter much more in general perspectives, their reasons, and their thoughts towards it; and to see the future of the taboo based on the data collected.

We would like to thank you in advance for participating in this survey. Because of your small contribution, we get to understand the matter from your eyes and state of minds, based on which we can have the more realistic and pragmatic views towards the issue.

Please note that this survey is conducted anonymously, which means your identity is unknown, so please be as honest as you could to get us more factual with our conclusion. Result of the survey will be published here on this website for public view. In case you have a problem accessing the form here on this page, please CLICK HERE. 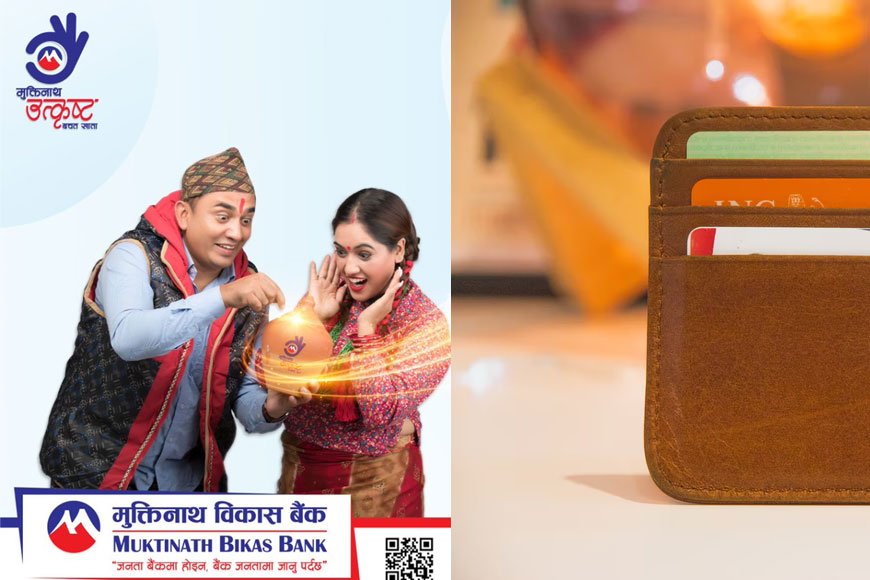 Banks play a vital role in the modern economy. Despite being a significant aspect of everyday life, there has been very little or no research done on the banking sector of Nepal from consumers’ point of view. Also, although banks offer a variety of services, majority people still understand banks for its traditional roles of lending and borrowing money.

This survey is thus conducted in an attempt to learn overall banking experience from consumers’ point of view. This survey is supported by Muktinath Bank. We will publish an article later through this website based on this survey result, to make it publicly available. We believe that this survey will help the banks in the future to take it as a reference to formulate their products and services.

This form is completely anonymous, which means we won’t be knowing your identity. So, please try to be as honest as you can. You can CLICK HERE for the survey form just in case you could not access the form below.

We had asked the KMAG community to share what motivates them to carry on day-to-day life with a positive feeling and high hope. Amidst the challenging world, chaotic socioeconomy, and boring lifestyle, and negativity-charged social media, we wanted to gather motivations from our followers to inspire rests in need of some positivity and boosted energy. This is what we collected:

There are more problems to face. Today, this isn’t the last resort

Having breakfast over a table with family

The purpose of my life that I discovered. Since the time I realized my purpose, I made a pledge to myself that I will contribute something to promote the well-being of orphans and underprivileged children

The intention and ambition to be independent by all means

That you are alive. Many don’t take it as a big deal. Being alive is the greatest thing that is happening to you right now

The fact that there are far bigger worries in the world than mine!

Pursuit of happiness is what motivates me

Hope of being a billionaire someday and do every possible good thjngs as much as i can. This keeps me alive

I have a family that loves and supports me unconditionally, so it motivates me to go extra mile for them

I was destined to live this life ! And I am grateful for my existence !

The fact that I only have one life