Human history is an interesting topic to study. You get to know about  the lives of all these people, who came before you. Some stories are life changing, leaving you in complete awe at the human potential. Some stories are brain orgasmic, stimulating your mind. Others- they are  interesting facts, which we read- not particularly for “life-lessons” but it just feels good to know.

So, I was searching for some interesting stories from history today, I found one that I particularly couldn’t get off my mind. It was about Theodore Roosevelt – the 26th U.S President. He served as president from 1901 to 1909. On October 14th, 1912, when he was on a campaign to compete for another term, an attempt was made by John Flammang Schrank, to assassinate him. Reportedly, the bullet traveled his 50 page copy of his speech and steel eyeglasses that he kept on the same pocket of his coat, which had slowed down the speed and prevented it from reaching his heart and lungs. Fortunately, his long speech papers had saved him that day!! 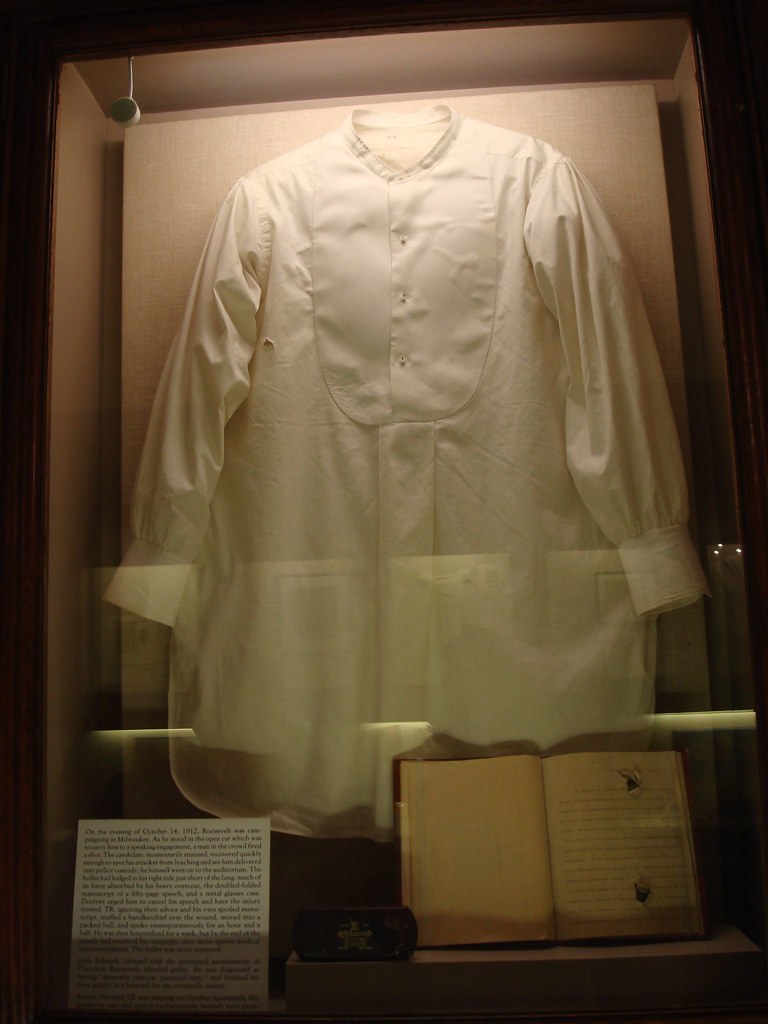 What’s more interesting is, it is said that President Roosevelt didn’t even know he was shot until he reached into his coat and felt the blood on his fingers. When asked upon to rush to the hospital, he denied and insisted to give his speech.

“Friends, I shall ask you to be as quiet as possible. I don’t know whether you fully understand that I have just been shot; but it takes more than that to kill a Bull Moose”- he started his speech and continued for another 90 minutes. Unbelievably bad-ass!!!

Reminded me of my all time favorite quote from the man himself:

“It is not the critic who counts; not the man who points out how the strong man stumbles, or where the doer of deeds could have done them better. The credit belongs to the man who is actually in the arena, whose face is marred by dust and sweat and blood; who strives valiantly; who errs, who comes short again and again, because there is no effort without error and shortcoming; but who does actually strive to do the deeds; who knows great enthusiasms, the great devotions; who spends himself in a worthy cause; who at the best knows in the end the triumph of high achievement, and who at the worst, if he fails, at least fails while daring greatly, so that his place shall never be with those cold and timid souls who neither know victory nor defeat.”
― Theodore Roosevelt

KMAG App: What it is and who it is for